«The buses are very populaire with the passengers»

Since 2008, Luxembourg transport company Voyages Emile Weber has taken an interest in electromobility. In this interview, Cyrille Horper, Corporate Communications and Marketing Officer, reports on their experience so far and their future plans.

You are already using eight MAN Lion’s City E buses. What are your conclusions so far?

We currently own eight vehicles, but we’ll soon have more. The first four buses were pre-production vehicles supplied as part of a cooperation between MAN, the Luxembourg importer Losch, and Voyages Emile Weber. As with any new vehicle, there were a few teething troubles at the start, but we managed to deal with those relatively quickly. These vehicles were developed and repeatedly refitted during use. The last four buses are technically sophisticated and run very reliably. This is why we have ordered another nine articulated electric buses, due to be delivered in October.

What do passengers say about the buses?

Although the pandemic has meant that drivers haven’t had much contact with customers over the last couple of years – passengers were not allowed in the front of the vehicle – we are nevertheless pleased that our buses are very well received by the passengers. The quiet, smooth drive ensures a comfortable ride. On top of that, its original and modern design means that the MAN Lion’s City E stands out in city traffic.

How do drivers get on with the buses? Has there been any special training for the electric bus?

The introduction of electric buses meant that we needed to expand our range of in-house training and we developed learning modules specially tailored to electric vehicles. These modules are now a part of our «WeberAcademy», from which all our drivers can benefit. What’s more, we have also trained our workshop staff so that they can work efficiently, and above all safely, on these vehicles.

What does the infrastructure look like? How and when and where do they charge?

We are able to charge the buses at five of our sites located throughout Luxembourg. We have 28 charging points at our main site in Canach and we can use some of these to charge sequentially – three buses on one charger. To meet the needs of e-mobility, we have even created a charge management concept that we call «Park & Charge».

It’s a combination of a «Smart Grid» and a «Smart Charging» solution. With the «Smart Grid», we are trying to increase the maximum available grid connection power at our depot in Canach. To achieve this, Nexxtlab, a subsidiary of Creos, Luxembourg’s national grid operator, has worked with us to develop the «FeederFLEX» software. This analyses the electricity requirements of the neighbouring villages and industrial areas and guarantees our depot between 0 and 1 megavolt ampere of additional power every quarter of an hour – turning a static maximum power into a dynamic maximum power (up to 3 megavolt amperes instead of 2 megavolt amperes previously), all without laying a single extra power cable!

And what does «Smart Charging» mean?

The «Smart Grid» would make no sense if we didn’t distribute this extra energy cleverly. That’s why we are now working on the next stage, to build on the “Smart Charging” components. In the future, buses will not be blindly charged to 100 percent, but charged to suit their route. For instance, if the charge management system knows that the MAN Lion’s City E that is currently in bay 7 in hall 3 will be running a route tomorrow that only needs 80 percent of the battery capacity, the system will stop charging at 80 percent and “save” that energy for another bus.

When did you get into e-mobility? And what happens next?

We started to introduce e-mobility years ago – in 2008 to be precise. Back then, with the delivery of our first hybrid buses in 2015, we even had double-articulated plug-in hybrid buses, which were a world first at the time. We created the in-house «empowering Mobility» programme to electrify our transport, and today we have 71 fully electric buses (out of a total of around 550 public buses), with a further 64 e-buses on order. Electro mobility is a fixed part of government policy in the Grand Duchy, which is committed to completely carbon-free public transport by 2030. That’s why we in Luxembourg are the European country with the second largest proportion of e-buses after the Netherlands!

«The buses are very populaire with the passengers» 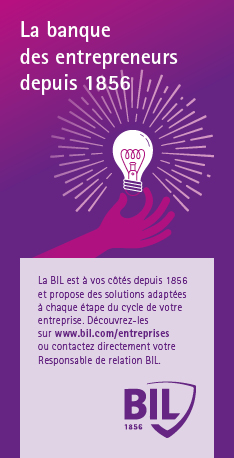