UCITS: Present at the creation

Thirty years ago, Freddy Brausch, Claude Kremer and Jacques Elvinger became part of one of Luxembourg’s greatest success stories when they helped to implement the UCITS Directive into national law. While UCITS funds were initially designed for European retail investors, today they are distributed into over 70 countries worldwide. UCITS funds are one of the main pillars of the Luxembourg financial industry, with over EUR 3.7t in assets under management.

Back in the 1970s there was a widespread call for a level playing field in the cross-border sale of investment funds – also referred to as fund distribution. There had been discussions, back and forth, about how financial products and investment funds should be regulated. Then in the mid-1980s Jacques Delors, the then President of the European Commission, presented his White Book for the completion of the internal market of the EC. This included, among many other proposals, one that was aimed at creating a pan-European investment fund market. At the time, selling investment funds into other European countries was a complicated process for asset managers. Before the creation of the Undertakings for the Collective in Transferable Securities (UCITS), the distribution of funds was time consuming and tied up with red tape that differed from country to country.

The objective of the proposed Directive was to have one financial product in Europe for all types of savers and investors. In 1985 the UCITS Directive was officially adopted by the European Council. Luxembourg understood the benefits of such a market very quickly while its neighbouring countries were still focused primarily on their domestic markets. The Grand Duchy was the first country to implement the new Directive.

Freddy Brausch, Claude Kremer and Jacques Elvinger were in the early stages of their careers as lawyers when they became part of the government and the financial regulator’s advisory teams. Together they helped to implement the UCITS Directive in Luxembourg law, unaware at the time that they were crafting one of the pillars of today’s industry.

“The pressure at the time was that Spain and Portugal were about to become members of the European Community. So, the other members thought it was the right time and they didn’t want to wait until new countries came in, raising further questions and objections. I think this was also one of the drivers for the European Commission to come up with a first version of the UCITS Directive in 1985”, says Claude Kremer, Founding Partner of Arendt & Medernach.

Having previous experience in pioneering the Eurobond project, Luxembourg decided to take a lead in transposing the UCITS Directive into national law. At the time, the Grand Duchy was already familiar with cross-border fund management, as a hand full of international financial actors from countries such as Japan, the US and Switzerland, had set-up Luxembourg fund structures without the benefit of a specific law.

As a small country with a very small domestic market it came naturally to Luxembourg to take a wider view. Where Germany and France, for example, became concerned about protecting their domestic retail distribution network, Luxembourg policy makers working alongside the regulator, were able to concentrate on the needs of the global community at large.

Government and the financial industry side by side

Nevertheless, it took the Luxembourg authorities three years to implement the UCITS Directive. The timeframe illustrates how complex it was to find an acceptable legal form.

To understand the needs of the market Freddy Brausch, Claude Kremer, Jacques Elvinger and their respective teams, spent hundreds of hours discussing with different stakeholders including the regulator, other law firms, financial advisors and fund promotors. Fortunately, Luxembourg is known as a place where the financial centre actors and the government are open for discussion and meet on a frequent basis.

“One of our strengths is the easy way of taking the appropriate decisions in a timely manner in this country. This is only possible due to an ongoing active consultation between policy makers, regulators and practitioners”, says Jacques Elvinger, Partner and Head of Investment Funds at Elvinger Hoss Prussen.

“The big challenge in these situations is always putting it into an acceptable and legal form. How do you translate ideas and needs into legislation? You have to know and understand the different needs of the market that sometimes may be contradictory. During that process, you cannot permit yourself to lose sight of the objective which is to provide the market with solutions. This goes beyond complexities and challenges. It was not only complex and challenging at the start. It was all along the road”, adds Freddy Brausch, Partner at Linklaters LLP.

The implementation of the UCITS Directive built credibility and put Luxembourg on the map. But the impact reached further. State revenues were growing as the assets under management in funds increased. And then there was the impact on all the professions that grew up around the fund; depositaries, administrators, transfer agents and all kinds of new professions that did not exist before. Players came to settle in Luxembourg and started new operations. This was a big driver for the growth of the economy because it created jobs and a lot of activity that was not there before. Luxembourg built a unique asset management ecosystem which ties together the institutions, infrastructure and regulatory expertise needed for the success of the industry. It is today the backbone of Luxembourg’s financial industry.

This might all sound like a leisure cruise, however, it has not always been plain sailing. Over time Freddy Brausch, Claude Kremer and Jacques Elvinger joined forces as promotors in chief and even crisis managers for the UCITS brand.

Jacques Elvinger: “I remember one situation where the three of us had to get on a plane to Asia and convince the Asian regulators that the UCITS model was indeed solid and credible. Working as a team, going out as a team and selling the country as joint ambassadors is our strength. Other countries recognised this unity”.

The flexibility built in to address the broad needs of the market and the community spirit of the Luxembourg fund industry ecosystem – competitors working together – has enabled the UCITS product to meet all the challenges thrown at it over the last three decades; from the original implementation, to through a series of updates issued by the European Commission, as well as through the market highs and lows.

Over the past 30 years, Luxembourg has demonstrated its leadership in the global asset management industry. The financial industry has survived several major transformations, and, in the future, it will continue to face challenges. Leadership cannot be assumed, in order to be in a leading position, you need to anticipate and manage change.

According to Claude Kremer, Luxembourg’s leadership comes down to three key points. First of all, a timely reaction by the government to industry proposals and initiatives. The second important element is the responsibility of the Commission de Surveillance du Secteur Financier (CSSF). And last but not least courage.

“Leadership and courage go hand in hand. Courage at all levels is crucial. Be it at the level of the government, the CSSF and of the industry participants”, highlights Freddy Brausch.

Jacques Elvinger adds: “Never underestimate your competitors. We need to stand up, speak up wherever we are and keep using our traditional strategies. We have to stay true to ourselves and keep doing what we are good at. This means keep using the language skills we have in Luxembourg and our strengths such as the easy way of taking decisions in this country”.

“If you want to be better than the others, you have to move fast. Timing is important. It is like music and dancing, it all depends on timing”, says Claude Kremer.

Confident about the future

There is one thing that all three like to express and that is gratitude. They are grateful to have been – and still remain – a part of this process.

Freddy Brausch: “We really enjoyed the experience we have had over the past 30 years. It has been a privilege to move the UCITS Directive in the right direction and, on numerous occasions, to sell this country and its strengths to the other side of the world. We had many opportunities to face unknown audiences and visit countries that we were not familiar with”.

The UCITS Directive has proved its worth over the past three decades. The future continues to look bright considering the recent developments on the Alternative Investment Fund Managers Directive (AIFMD). There is an ever-growing demand for fund products, especially from developing markets in Asia and Latin America that are opening up their local fund industry. The need to finance pensions is still there and is even increasing, like the need to invest into all asset classes such as infrastructure and private equity. The potential for the fund industry is still huge.

“We have every reason to be confident about the future. Luxembourg has become a powerhouse both in the classic and mainstream area. It is very reassuring that we are able to adapt ourselves to the changes of the industry so that we can grow there where the market pushes us”, says Jacques Elvinger.

Claude Kremer remains philosophical: “If we continue to do our homework, I’m not concerned at all”.

Freddy Brausch, Claude Kremer and Jacques Elvinger led the industry through one of its most important developments to date, repeatedly teaching us about leadership and vision, the power of working together, and the importance of flexibility and pragmatism. 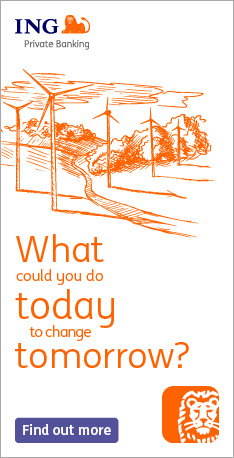