A step forward towards the space industry

Last May, the Luxembourg Government, the Société Nationale de Crédit et d’Investissement (SNCI) and Deep Space Industries signed an agreement to cooperate as part of Luxembourg’s SpaceResources.lu initiative. This should allow the exploitation, use and marketing of near-Earth objects such as asteroids. Daniel Faber, Chief Executive Officer at Deep Space Industries tells us about this important project.


Can you tell us about the Prospector-1 mining mission and the Prospector-X ship that will help you realize it?
The Prospector-1™ spacecraft will fly to and rendezvous with a near-Earth asteroid, and investigate the object to determine its value as a source of space resources. This mission is an important step in the company’s overall plans to harvest and supply in-space resources to support the growing space economy. Prospector-1 will launch before the end of the decade, likely in 2019 or 2020, after our pre-cursor “Prospector-X” mission in 2017. Deep Space Industries has partnered with the government of Luxembourg’s SpaceResources.lu initiative to build Prospector-X, an experimental mission to low-Earth orbit that will test key technologies for the Prospector-1 mission and new commercial spacecraft for our customers.  The Prospector-X spacecraft will be built at Deep Space Industries’ new European headquarters, in Luxembourg, in conjunction with the company’s international and American partners, including the Interdisciplinary Centre for Security, Reliability, and Trust (SnT) at the University of Luxembourg.
Why does Luxembourg stand out as the ideal place for the development of this project?
Luxembourg has shown its commitment to be at the forefront of the emerging commercial space sector through initiatives such as SpaceResources.lu and continued investments in commercial space ventures. Luxembourg is helping set the stage for a renaissance of space activities that will benefit its own citizens and the global community, and is now the second nation to step up to the challenge of enacting space resource and commerce policy.
How do you collaborate with the Luxembourg government? What are the advantages of the Luxembourgish SpaceResources.lu initiative?
In May 2016 Deep Space Industries, together with the Luxembourg Government and the Société Nationale de Crédit et d’Investissement (SNCI), the national banking institution in Luxembourg, signed an agreement formalizing their partnership to explore, use, and commercialize space resources as part of Luxembourg’s SpaceResources.lu initiative.
Through the SpaceResources.lu initiative, Luxembourg is leading the development of a legal and regulatory framework for new sectors of the commercial space industry that will provide with clear guidelines and the knowledge that commercial activities and investments will be protected – including the future ownership of minerals extracted in space from Near Earth Objects (NEO’s) such as asteroids.
The Luxembourg Government is working with Deep Space Industries to co-fund relevant R&D projects that help further develop the technology needed to mine asteroids and build a supply chain of valuable resources in space. The co-funding will be implemented under the Luxembourg space program, LuxIMPULSE, the national R&D support program, and using financing instruments of the SNCI.
The government supports other businesses in this area, what does this mean for you?
It will take more than a single company to build a robust space-based supply chain industry. We welcome this move which not only validates the asteroid mining sector as a viable investment opportunity, but also helps grow the overall industry.

What are you going to do with near-Earth objects (NEO) once you’ll get them? What kind of use can be made of those objects?
Asteroids contain all the materials we need to live and do business in space. Mining operations will begin by serving the demands of current space businesses such as communications and remote sensing satellites, improving the services they offer. Those initial products will be water, hydrocarbons and structural metals. The long-term possibilities are endless.
After initial missions to determine the best near-Earth objects targets based upon our customer needs (water, etc. for refueling satellites or supplying the ISS for example), Deep Space Industries will begin mining operations. Once a supply chain of materials is established in orbit, it will encourage new applications and new business models as entrepreneurs attempt to introduce even more services that people on Earth find useful. The possibilities are truly endless. Asteroid mining could open up a wealth of new resources for humanity. 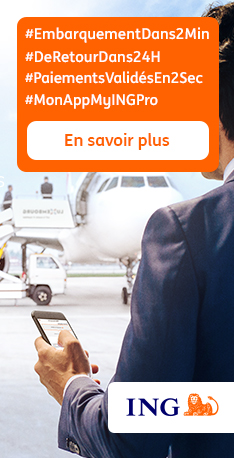